By Boris Brejcha
Available now on:

By Boris Brejcha
Available now on:

Born in 1981, Boris Brejcha started his musical education in his childhood.

His first two releases in 2006, “Monster” and “Yellow Kitchen” were released on the Berlin label Autist Records. A few EPs later, Boris moved from Autist Records to Harthouse. With tracks like “Die Maschinen Sind Gestrandet” and “Lost Memory”, he combined his unique sound with a maximum of varieties. Consequently, he became the “exceptional Talent 2007” in the electronic music magazine Raveline. Boris also created his second alias called “ANNA” in 2007 and had some groundbreaking releases on Autist Records.

After four years of touring, three albums, and lots of singles, Boris became a constant favorite in today’s club scene. With his ambition and desire for new and experimental musical directions, he shows his audiences over and over again how exciting minimal techno can be – so much more than just a conglomerate of repetitive and puristic elements.

Boris created his own music genre “High-Tech Minimal” in 2012 which has often been referred to as “the intelligent music of tomorrow”. After seven years of working together with Harthouse and his fourth album “Feuerfalter”, Boris founded his own label called “Fckng Serious”. Together with his best friends Ann Clue and Deniz Bul, they want to spread their idea of good music and serious parties around the globe.

At the beginning of 2016, Boris came up with his 5th album called “22”. His unbelievable passion for music combined with his longtime experience as a producer for different genres fuses into this exclusive distinctive and very special sound. Besides that, Boris created his own “Boris Brejcha In Concert” show which he first played in Brazil in 2016. These events, a combination of synced visuals, his Joker mask, and his music, are a special and unique experience.

Just a year later we also saw Boris making his much-anticipated debut at Tomorrowland, the Exit Festival as well as the legendary Time Warp. A second sold-out bus tour, this time through France, proved to be successful yet again. In General, things didn’t get any slower but even bigger than ever before.

Boris’ success story received a further boost in 2019. He already enjoys a superstar status around the world, but that’s not enough yet. He sold out huge clubs in the USA within minutes and almost everyone knows him. It is impossible to imagine the techno scene without him and he has earned his place there. Many new singles appeared in 2019 and the number of his listeners spoke volumes. Since 2019 Boris is also under contract with the well-known label “Ultra Music”. His music has also been played on the radio. With his specially created “Boris Brejcha in Concert” shows, he filled huge halls with up to 15,000 people without any problems.

In 2020, his success story begins even more promisingly than in the previous year. He started the year with a long-awaited album “Space Diver” and he has already had a talk show appearance on German television. His name already adorns numerous line-ups of the most famous festivals around the world. USA, Brazil, Argentina, Italy, Spain, Chile, Colombia are just a few of the countries where Boris will be performing again this year. Besides a documentary about his life, we can look forward to many new surprises this year.

The Future will be Fckng Serious 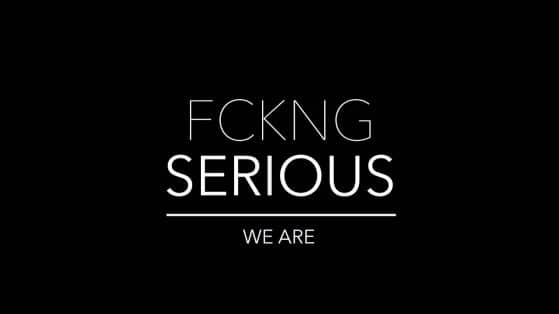