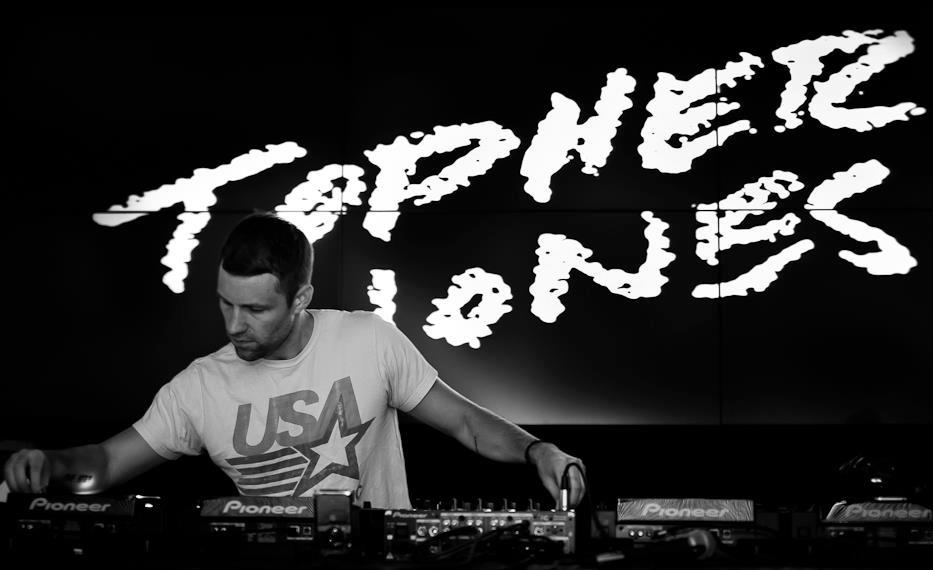 Chicago House Music DJ Producer Topher Jones is a breakout American DJ Producer poised to take the country by storm and put Chicago back on the map as the house capital of the world. Hailing from the Windy City, Topher’s had originals and remixes on labels such as Ultra, OWSLA, Dim Mak, Garuda, and Spinnin. Not only has he had a Beatport top-10 overall smash, but his tracks receive support from the biggest names in the industry, including Skrillex, Tiesto, Armin van Buuren, Afrojack, Above & Beyond, Gareth Emery, Sander Van Doorn, and Chuckie.

Topher’s music seamlessly crosses musical boundaries as it dips and dives between big room house, dirty baselines, and carefully crafted melodies. A songwriter as well as a producer, Topher has a hand in every aspect of the recording process and takes great pride in creating songs with depth and character.

An Indianapolis native who moved to Chicago after college, Topher continues to attack his craft with the same single-minded passion and determination. When asked about his success, he said, “Hard work trumps everything. Be kind, be courteous, be passionate and be grateful. Hard work with that mentality and a little bit of talent can go a long way.” This mindset not only affects his music but also how Topher interacts with his fans and community as he consistently donates time and money to causes in the greater Chicago area.

Topher’s 2013 was full of original music, remixes, collaborations, and a packed tour schedule that included a 30-date tour with Tritonal’s Metamorphic Tour and a bus tour with Morgan Page.