For Club Play Only Part 7

By Duke Dumont
Available now on:

For Club Play Only Pt 7 Remixes

By Duke Dumont
Available now on:

Duke Dumont is a contemporary electronic music powerhouse. Deeply committed to creating high-quality music imbued with emotional depth, Dumont is versatile, extremely adept, and hard working. His illustrious career has taken him on tour around the world, many times over, and placed him in the top tier of electronic music artists of his ilk.

Since 2007 Duke Dumont has channeled his deep love for electronic music into a variety of acclaimed releases, moving through pumping electro and vibrant techno to conquer the UK charts with “Need U 100%.” His early releases on Tiga’s Turbo Recordings helped establish his reputation for producing high-quality club music that moves the dance floor, physically and emotionally. By 2012 he’d produced two career-defining EPs – For Club Use, Vol 1 and For Club Use, Vol 2. Tracks like “The Giver” cemented Dumont’s rep for catchy hooks, precision arrangement, and powerful emotion. A year later he hit the No.1 spot in the UK charts with “Need U (100%) (featuring A*M*E),” demonstrating his ability to merge classic house motifs with first-rate songwriting.

“Need U (100%)” was followed with another UK No.1 “I Got U,” both songs achieving platinum sales. Between 2013 and 2020 he hit the Billboard Dance Chart No.1 with seven singles, including “The Power,” “Won’t Look Back” and “Ocean Drive.” With each release Duke Dumont stayed true to his club roots, achieving widespread success.

Blasé Boys Club is the new label of Duke Dumont, its first release ‘Need U (100%)’ was released in March 2013 and topped the UK Charts, and received a Grammy Nomination. 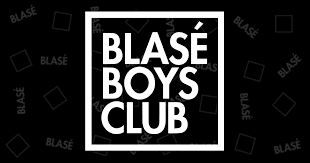