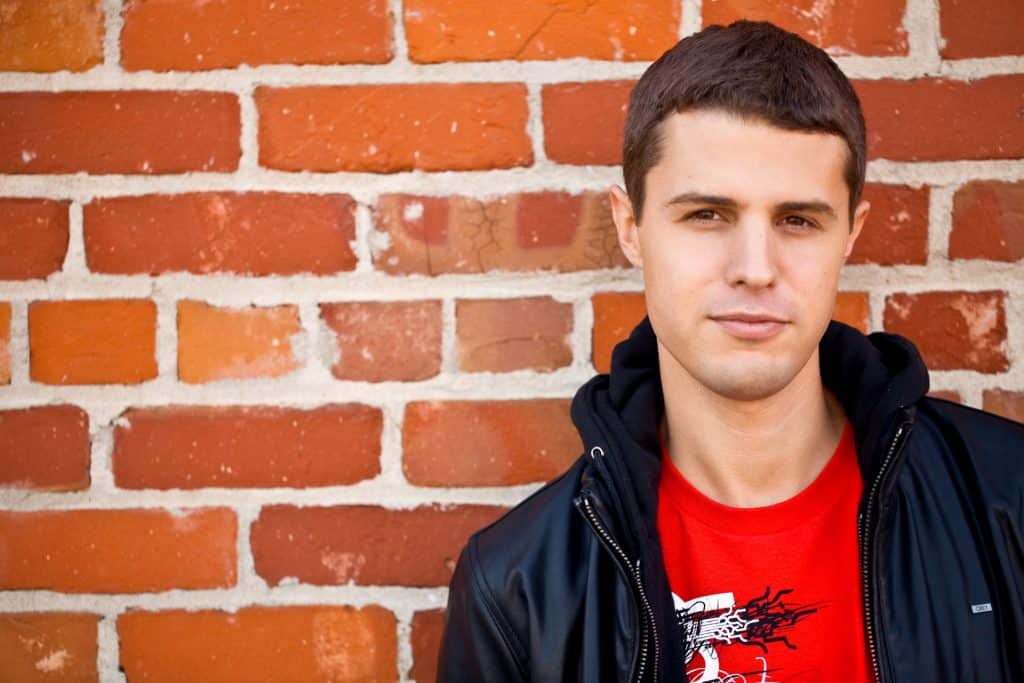 Ubiquitous DJ Visionary Endo; there are those individuals who are early adopters, then there are those who are innovators. Mike Henderson aka ENDO falls into the latter category. A ubiquitous figure in electronic dance music for going on two decades, ENDO is a musician, a DJ, a teacher, an inventor, and a visionary.

Beats have been driving ENDO as early as the first year of his life when he began drumming. Entering into his double digits, ENDO joined his school’s marching band and orchestra. As a teen, he stepped into the drummer’s seat in a number of hardcore and punk bands, absorbing the influences of grunge, punk, and hardcore sounds. That is until he decided to travel to Woodstock in 1999. Here, a 17-year-old ENDO experienced DJs for the first time. In an airplane hangar with mental visuals, his life took a sharp turn after hearing Moby, Fatboy Slim, and the Chemical Brothers. Upon his return to his home state of Vermont, ENDO traded his drumsticks for turntables, and locked himself away for the next couple of years, perfecting the art of DJing.

“It was an addiction and an obsession,” says ENDO. “It helped that I was a drummer and that I had a mathematical background. Using both of these and having a knowledge of song structure, I am able to calculate when I should stop and start tracks, using my mappings to navigate mathematically so they come in and out of the mix exactly when I want them to.”

Part of what ENDO calls his DJ “Jedi training,” was marathon, all vinyl, graveyard shifts on 90.1 WRUV FM in Burlington, Vermont called “Graveyard Breaks.” Here, he learned how to program sets, segueing into a weekly, three-hour daytime show on the station, “Hit The Breaks.” Word of ENDO’s skills started spreading. Soon he was getting booked at raves around New England.

A progression from his drumming background, ENDO’s instinctual gravitation started with breaks. From tear-out breaks to melodic breaks to clubby breaks, he can find a style that will fit the mood of the event. After a decade of breaks, ENDO has shifted into more house-based sounds. Similar to what he was doing with breaks, he seamlessly adjusts his sets: For dark, minimal and trippy after-hours vibes he will play techno or bass-driven tech-house, on a beach—where you’ll find him more often than not—he’ll bring out happier beats, but he could just as easily drop deep house, bassline house, G-house or funky house.

“My sets are all harmonic progression. I program my iTunes with smart playlists to give me compatible songs. Every song is in key, or intentionally out of key, modulated harmonically,” ENDO says. “You can subliminally play with people’s emotions with harmonic mixing. There’s all this tension, then you give them the harmonic release. You have to tell your story. You have to find the songs that speak to you. That’s the art form, the intuition. A good DJ has good intuition.”

ENDO has unleashed his patented brand of harmonic mixing at events across the globe: Pacha, Marquee, and Cielo in New York, Sound in Los Angeles, Guvernment and Coda in Toronto, Stereo in Montreal, The Globe in Los Angeles, Spybar in Chicago, Heart in Miami, Sands in Ibiza, Club Vertigo in Costa Rica, as well as BPM Festival in Mexico and Electric Festival in Aruba. He has played alongside John Digweed, DJ Craze, Roc Raida, Victor Calderone, Danny Tenaglia, Carl Cox, Chus & Ceballos, Eric Prydz, to name just a few, and perhaps given them a much-sought-after technical tip or two in the process.

ENDO’s technical know-how is an inherent gift. Once he knew electronic music was his future, he left his University Of Vermont education as a math major and enrolled at the prestigious Berklee College Of Music as an electronic music production and music synthesis major with drum set as his principal instrument. After this, ENDO had a radio show at Massachusetts Institute Of Technology’s college station, 88.9 WMBR FM called “Algorthythms.” Here, he was breaking ground both musically and technologically with the latest DJ gear. For his final project at Berklee ENDO put together an exhaustive DVD tutorial for Native Instruments’ Traktor and in the process, created a new harmonic mixing system for DJs working with vinyl.

“When we were playing vinyl, you had to write the key of the record on the sleeves,” ENDO explains. “I was doing that for every record. The problem is, when you speed a record up or down, it’s in a different key. How do I mix harmonically if I’m switching speeds all the time? I keyed every record in the same BPM so no matter what speed the turntables were, you knew the keys were matching.”

ENDO contributed to Mixed In Key’s algorithm by sending them 200 tracks a month that he played, figured out the key to manually on the piano and delivering his results. His contributions helped improve the accuracy of the algorithm.

ENDO also has numerous on-line tutorials on Dubspot, which to date have over four million views, and from which he gets positive feedback from regularly. These include his DJ tutorials on Traktor—including the first ever on-line DJ course, “Digital DJing With Traktor,” with DJ Shiftee. As the first person to be known for figuring out how to sync Ableton and Traktor as well as Ableton and Maschine, ENDO evolved DJing for both Native Instruments programs, and has detailed Dubspot videos—the first of their kind—on these DJing methods.

Furthermore, ENDO created a revolutionary Maschine mapping for Traktor. After having the most downloaded mapping system, he set up MIDI Monsters, where he presents his evolutionary mappings as he creates them.

As is ENDO’s way, he sees issues where others aren’t aware of them, and sets about fixing those, creating a smooth terrain for creativity. Enter his latest venture, the booking app, AGNT. Aimed at DJs and promoters, the handy platform came about after ENDO’s extensive tour managing experience for the likes of Sasha, Nicole Moudaber, Dubfire, Sharam, Pete Tong, among others. Geared toward simplifying the process of booking, the barrage of negotiation e-mails are taken out of the equation with the app having all the information built in. From availability to fees, timeslots to payment, press pack to music, AGNT is all-inclusive. The app also allows DJs to bid for gigs, promoters to find the best DJs in their genre, and all users to rate each other.

“We initially made the app for DJs who don’t have an agent,” says ENDO of AGNT which he developed with Edmonton promoter, Viet Nguyen. Months prior to its launch date the app has 4,000 users signed up, and counting. “Agents don’t want to represent an artist who is making $200 a night. It’s not worth it. We’re giving them the chance to have representation and protection from getting screwed over. Also, there are a lot of DJs I look up to who got pushed out by agents and not getting gigs. AGNT is going to help revive their careers. And now, we have a lot of big DJs coming to us saying, ‘We want to use this.’

He continues, “With the rating system, everybody is going to be accountable. It will hopefully solve the problem of not talented DJs getting bookings and help good DJs rise to the top.”