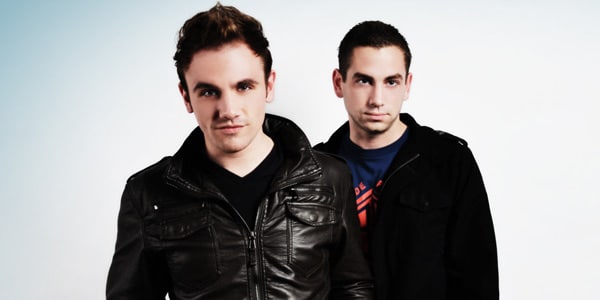 US EDM Duo Norin and Rad

US EDM Duo Norin and Rad, Bruce Karlsson (Norin), and Nick Sember (Rad) were named after the original name of the comic book character, Silver Surfer, Norrin Radd. Tipped as stars of the future by Above & Beyond, Bruce and Nick have lived up to that billing and more, releasing numerous smash hits that have found their way into DJ sets around the world.

Since their breakthrough smash hit “Bloom,” the California upstarts produced the most futuristic trance-influenced grooves and progressive EDM around with a string of Anjunabeats anthems such as “Zion,” “DeVas,” “Pistol Whip” and “Five Finger Death Punch.” By 2013, their production output varied from the rave-influenced progressive house riot that is “Bird Is The Word” and techno-edged “Thunder Cat” to their recent release “Prototype,” produced alongside their brother-from-another-mother Andrew Bayer under their collaborative ‘Artificial’ moniker.

The duo found time to remix the soundtrack from the world’s most prestigious video games franchise, Halo 4, as well as “The Way You Are” by Australian outfit Peking Duk and the legendary “Air For Life” by Above & Beyond and Andy Moor. They joined Andy for his AVA Takeover at WMC 2012, along with tyDi, Marcus Schossow, Boom Jinx, Joseph Areas, and Betsie Larkin.

As full of energy as their music, the duo’s unique approach and fast-cutting DJ style earned them rightful reputations as party starters of the highest order. In 2013, these two SoCal boys played some of Australia’s biggest arenas with Above & Beyond, toured with Mat Zo on his Damage Control bus tour and rocked legendary spots around the world, from New York’s Roseland Ballroom to India’s Jayamahal Palace, to Amnesia Ibiza. On the festival circuit, they conquered the stages of Miami’s Ultra, EDC Las Vegas, Electric Zoo, Tomorrowland, TomorrowWorld, and Creamfields in England, Argentina, and Peru.