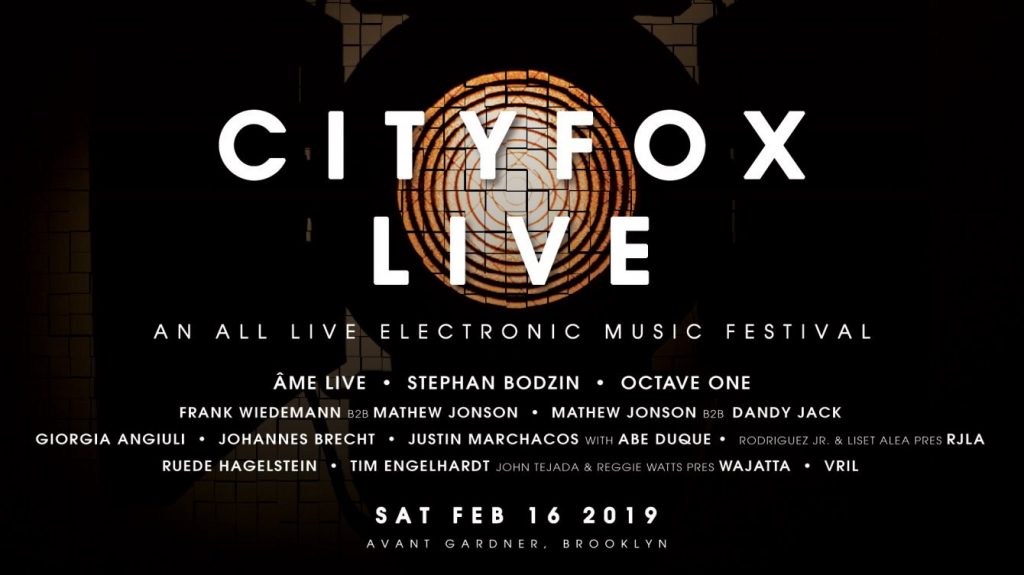 Cityfox LIVE Festival 2019 is proudly presented by New York City event curators, The Cityfox Experience. The debut of ‘Cityfox LIVE’ is Saturday, February 16, 2019. This affair occurs between the hours of 10:00 pm to 4:30 am at Avant Gardner during President’s Day weekend.

The Cityfox concept is one of complete sensory immersion. The world’s most exceptional house music talent, combined with the KV2 Audio system and lighting from Projektil transport the listener to a world where human emotion meets the limit of art and technology.

Avant Gardner has a 6000 capacity limit with three spaces, which are The Brooklyn Mirage, The Great Hall, and Kings Hall. The Brooklyn Mirage is only open during the summer season. The address of Avant Gardner is 140 Stewart Avenue, 11237 New York, New York, which you can’t miss it as it spans the entire city block. Earning a reputation as one of the city’s hottest nightlife destinations, Avant Gardner hosts established talent as well as those whose star is rising. The first of its kind in Brooklyn, Cityfox LIVE welcomes leading live house and techno acts. Included are many never before experienced live audiovisual sets, exclusive premieres and US debuts.

The inaugural lineup of Cityfox LIVE 2019 is as follows.

Ticket are now available, purchase them from Resident Advisor. The prices range from $40.00, which is the early bird price. Tickets go up to $60.00 in $5.00 increments in four subsequent releases.

This event is for attendees age 21 and over.

If you’ve never attended a Cityfox Experience, their New Year’s Eve into New Year’s Day 2019 appeared to be a phenomenal gathering.