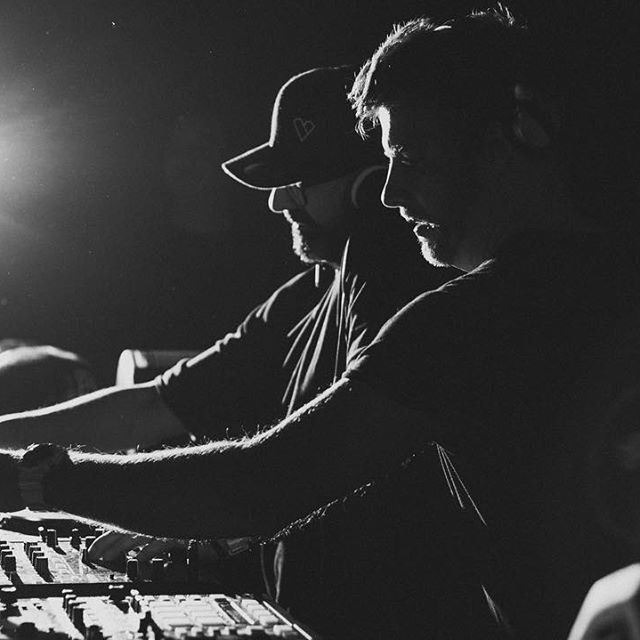 Chus & Ceballos were always well aware of the underground house music scene in Spain and Portugal. This sound of the Iberian Peninsula, which includes not only Spain and Portugal but also Andorra and the British Crown colony of Gibraltar, became the foundation of their hallmark, Iberican Sound.

“It’s a very groovy sound, very rhythmic and percussive, that is always looking at the dancefloor. It has an electronic touch, but with soul, sometimes a bit housey, sometimes harder, but never cold. It’s hot, ‘Caliente’! This is the ‘Stereo Sound’, our sound”

This quote was given by Chus & Ceballos to Resident Advisor in 2005. The Madrid duo of Jose Lopez Esteban (DJ Chus) and J. Pablo Ceballos formed over ten years ago with the distinct purpose of bringing their “Stereo Sound” to the worldwide masses. Since no man is an island, (but some are peninsulas), they knew however they could not accomplish this alone.

They formed an artist collective of world-class talented DJ producers who also shared the duo’s vision for their iconic Iberican Sound and formed Stereo Productions Group. It has become the finest Spanish electronic music label in Spain, and arguably produces the hottest sound on the planet. It includes the sub-labels: Stereo, Stereo Cool, Iberican Encodings, Almibar, and Solar Music.

The Stereo Productions roster include Oscar L, Oscar de Rivera, Rafa Barrios, Patrick M, David Herrero, Fernando Campo, Dennis Cruz, and Pakito Baeza. Not only has Chus & Ceballos collaborated with their fellow Spaniards, but they have also worked with other like-minded artists from all over the globe.

There is an excellent article by Angelo Castaneda from Talent Rising, DJ Chus The Father of Iberican Sound, that dives deeper into the origins.

One of our favorite tracks is the deep house, “Abisinia,” featuring GIGI, from their debut album, Nomadas, out on Stereo Productions. The ancient female atmospheric vocals of GIGI take hold of you from the beginning and bring you deep inside the production minds of Chus & Ceballos. The sub-heavy, mid to low pumping bassline adds that perfect Iberican groove that only Chus & Ceballos can render. The mesmerizing synths pulsating to the four on the floor flow ensnare the senses and entangle the mind, trapping the dance music enthusiasts in the middle of the dance floor.