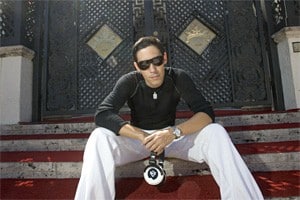 Miami DJ Louis Dee is a staple in the Miami house music club scene. Through hard work and dedication, he has become one of the most sought-after house music DJs in South Beach. He established his reputation in 1999 at Tantra’s sexy Monday night parties. He went on to spin at Mokai, Pink Room, Bamboo, SET, Dream, Aero Bar, Spaziohero, Voyage, Level, Crobar, Karu & Y, Eden Terrace at Nocturnal, and the Shore Club.

Born in Queens, New York, Louis was exposed to the birth of hip-hop and house music in the ’80s in his teenage years. He honed his DJ craft in high school, practicing on turntables, building his playlists, and refining his techniques. During his education, he realized his passion was house music. As a result of the epiphany, he focused his energies on electronic music. He went on to opening sets at Chaos for Sweet Peach and Stephan Luke. He later moved to Miami where, as they say, the rest is history.

Louis still returns to his home New York to spin at Pink Elephant, Guest House, and Body. He even makes his way to the Century Room in Toronto, and Petra in Mexico City. He’s brought house music to Tokyo and Aruba too.